Mark is a professional piper based in Corby, Northants with a wealth of performing experience. He is available to perform at all types of events including weddings, military and private parties. 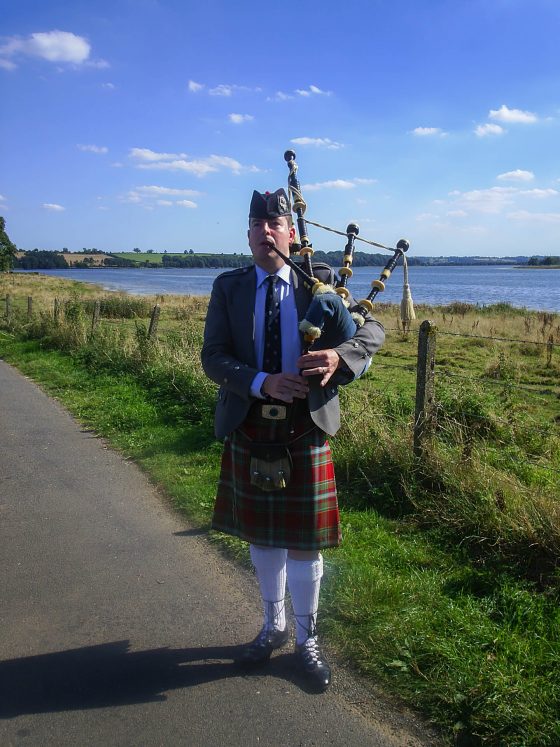 £345
​Prices stated are subject to confirmation and are intended as a guide only. Travel costs, date and other factors can affect the final price. Enquire Now for an accurate quote.

Mark is a professional piper based in Corby, Northants with a wealth of performing experience. He is available to perform at all types of events including weddings, military and private parties.

Mark has been playing the Bagpipes for over 27 years. His vast experience has seen him play at The Royal Festival Hall in London, Birmingham Symphony Hall, Althorp House, Warwick Castle, Cottisford House, Harrods, The NEC Birmingham, Glasgow University and Castle Ashby, to name a few.

Over the years he has played at many weddings, including the marriage of the Earl of Inchcape’s son and more recently played at the wedding of TV presenter Jenni Falconer and her husband and actor Derek Midgely. The Wedding was covered by OK magazine and Mark appeared in the June 2010 edition.

Mark has also played at numerous, Burns nights, Civic balls, Special events, funerals and corporate events, including several radio and TV performances, one performing “Amazing Grace” with the top UK soul singer Ruby Turner for GMTV. His latest TV appearance was on the Ant and Dec show on ITV1. He has also recorded with many bands and Artists playing traditional Folk to Pop music.

Mark is a full time musician playing and teaching so a professional approach to your event is guaranteed. Previous clients have included The Royal Bank of Scotland, Jenni Falconer and Derek Midgeley, Major James Livingstone MC, Althorp House, Harrods, Sky TV, ITV1 and GMTV. Mark provides a professional, friendly and helpful service at all times.